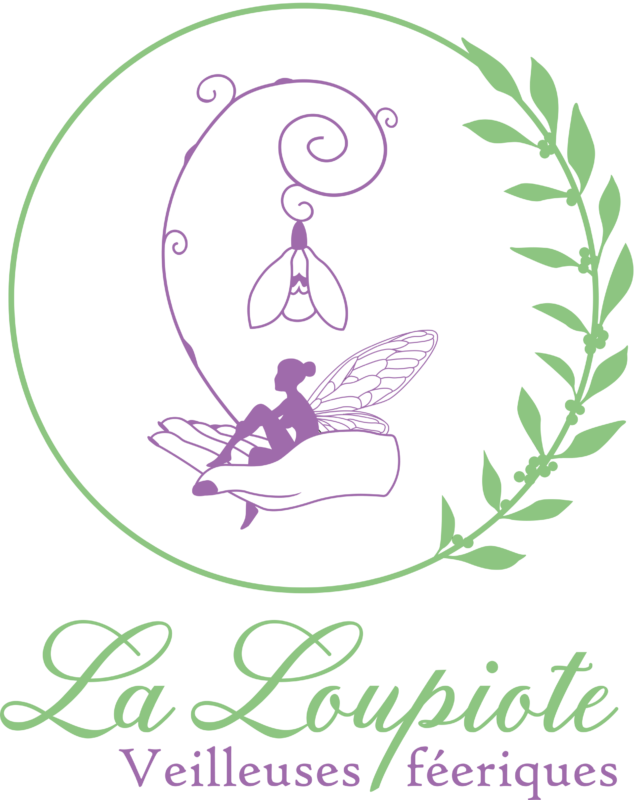 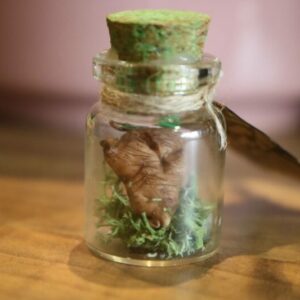 La Loupiote suggests you her relic “Mandragora seed”. It is an entirely handmade piece made in her workshop in Normandy, France. It is a unique piece.

Magic root with great powers. It is used by wizards and witches to make potions. Read more below.

La Loupiote suggests you her relic “Mandragora seed”. It is an entirely handmade piece made in her workshop in Normandy, France. After it’s been put next to a light for 15 minutes, it glows in the dark. Unique piece.

The name of mandragora probably sounds familiar. Harry Potter made this legendary human-shaped plant quite popular. It is said to grow under gallows and it is a symbol of prosperity, fertility and death. It’s thus not meant to be taken lightly. An awful picking ritual allowed you to pull it up without being afflicted by its unbearable ear-splitting screams. If the ritual was not respected, the improvised gardener died because of the horrible cries. Once harvested, the mandragora root was washed clean, it macerated and was used to make potions and ointments.

As for this little mandragora seed is still inoffensive. As long as it stays trapped in its phial, far from any lethal ground, no deadly scream will be heard by its owner.

La Loupiote – veilleuses féeriques is a shop that was created in 2020 by the artist “La Loupiote”, a word which has a double meaning in French.

It refers to a small light or a small child. How fitting this name is for someone who creates night-lights in the shapes of small fairy houses !

These magical small lamps which are inspired by the enchanting world of the Faery Folk illuminate the eyes of young and old people alike. The fairy houses glimmer in a sweet light and bring a touch a dream at night fall in the room they decorate, as well as they soothe the ones who are afraid of the dark.

All of the night-lights are unique and handmade with many details, much care and patience. Each of them tells an authentic story and invites you into their worlds – they seem to come all the way from a mossy undergrowth, a flowery meadow, a haunted castle ou even on old library. One holds into their hands a piece of an intimate dream handmade in the workshop just for you.

There are no reviews yet.

Be the first to review “Mandragora seed” Cancel reply

Stay informed of the novelties of the fairy world